Semifinal of Recortadores of the Spanish Championship in Logroño

The Semifinal de Recortadores took place in Logroño and we were able to attend and witness a great and beautiful contest. Very well presented bulls of different iron of the herds of Jose Samuel Pereira Lupi and Cold River. Brought from the farm Toropasion, organizing company. Twenty “Recortadores” who stepped on the Riojan to try to be classified for the most important contest where there are disputed in Zaragoza on the day of Pilar.
After the presentation of the specialists came out first in the morning by chiqueros, a nice brown bull, who was noble and served to see large cuts of Simon, Zorrillo, Mititi and an extraordinary Sergio Valle who proved his worth. We will also highlight a “Little” break in the media. Group that started well and made us enjoy it. 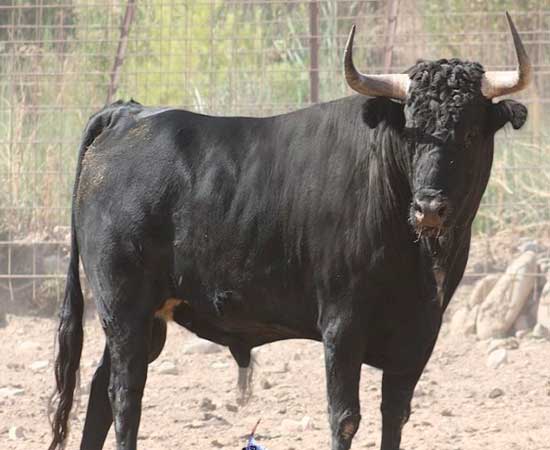 The second black bull also had nobility, well presented and demanding. “Use” received him with a mortal to porta gayola, with courage and courage went for all along with Cristian Moras who dealt with temper and torería.
The third, good burel of the contest that also served to see a great break of Cristian Blanco in the media, good cut of Dani Silver and sensational break knees that we give the Coriano.
The fourth colored rooster, precious, partridge’s eye, well done, noble. We witness beautiful onslaughts and beautiful embroideries of “Peta” Jonatán Castaño and Oliver García.

The final can not be described in written words. Ufff … what was experienced was a mixture of nerves, uncertainty, fear, joy and especially of truth. The feeling of saying loud and clear, THAT BULLS ARE PURITY, TRUTH AND THAT OLE FOR EVERYONE AND EACH ONE WHO IS PUT IN FRONT OF THE TORO AND LOVES IT.
The bull in the final, an uncle, came out with toriles, with two logs of the real ones, of first place and that made them think. A stamp. Stunning black astifino. I can not, as I said before describing what we live, those moments of anguish with the ugly fuck of “Use” as it had at its mercy and turned it a few times with those great pythons. With the heart in a fist and with concern in the whole place they took it to the infirmary totally gone and unconscious. Much merit had the rest of comrades that had to follow and to face a bull with very danger that learned very soon. Nobody thought, what in five minutes would happen. Suddenly there was Dani Silver to make her cut when “Use” was coming to the pool. Ufffff … .. the goose bumps, the square standing, incredulous all to see something … it reminded me of Jose Tomas in Granada. And I’m not going to roll up, put it back in front of the roast with a gap in the chin but with a value and a torería that has no explanation. He rubbed his shirt again and the audience went crazy with him. He played for all and especially for the finalists and of course, for a deserved champion that only had one name and was Eusebio Sacristán “Use”. Thus was proclaimed champion of the Semifinal of Logroño for its courage, tenacity, self-love and admiration. Second place was Dani Plata. Third, Jonathan Castaño, fourth Oliver Garcia and fifth Sergio Valle.