The bullfighting season starts at the Fair of Valdemorillo 2020

Just three weeks to celebrate the festivities of San Blas and La Candelaria and the beginning of the bullfighting fair. The mountain town of Valdemorillo (Madrid) will honor its patrons with a contest of cuts (popular bullfighting show) and two bullfights that have been unveiled this week.

The Bullring of La Candelaria launches this 2020 with the guarantee of Las Ventas managers, specifically the company Espacios Nautalia 360. The Antonio Bienvenida Hall hosted this week the presentation of San Blas Fair, which will take place on the second weekend of February with great posters full of new blood. All of the protagonists are young bullfighters.

To facilitate the trip, Nautalia has organized a bus service from the Bullring of Las Ventas, 8 euros price. Aware in addition to the importance of having new fans, children up to 14 will enjoy free bus and can attend bullfights for 10 euros.

On Friday, February 7, will be celebrated the Bull Cuts Contest and this is how the weekend comes: 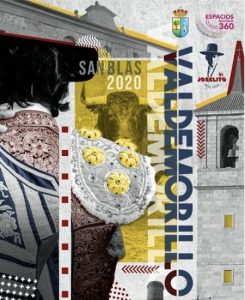 Detail of the poster of the Valdemorillo 2020 Fair.

The Valladolid town of Arroyo de la Encomienda continues the bullfighting season celebrating its annual appointment with the Multiple Sclerosis Association of Valladolid. This year has organized a stunning bullfighting festival at its Bullring of La Flecha on Sunday February 16.

Tauroemoción company has set up a luxury poster for a great bullfighting afternoon. With cattle from the Extremaduran iron of Juan Manuel Criado, will make the walk on the ring El Fandi, undisputed figure; Cayetano; one of the great winners of 2019; Emilio de Justo, winner of last season as well; Pablo Aguado, the great revelation; Toñete, one of the emerging youth; and the French steer-bullfighter El Rafi, great promise of the second rank. Poster of the charity festival of La Flecha 2020.

Fair of the Miracle of Illescas

The province of Toledo has become one of the protagonists of the beginning of the season thanks to the businessman Maximino Pérez, from MaxiToro, and his Fair of the Miracle. The Bullring of Illescas celebrates the first weekend of March a bullfight and another horse-bullfight with some of the most important bullfighting figures.

The bullfight is a consolidated event that register the ‘Sold out’ and where attends people from everywhere for five years.

The art of horse-bullfighting was recovered in Illescas in 2018, after six years of absence, and the Miracle Fair manages to bring the number one bullfighting on horseback into another great claim for fans.

These are the posters; And if you are thinking about the low temperatures of this time of year…do not suffer! These first three bullrings where we can enjoy bullfighting shows are covered and heated. The Great Week of Santander

The Cantabrian capital celebrates its festivities at the end of July in honor of Santiago, patron of Spain The 'Semana Grande of Santander', declared of…read more → 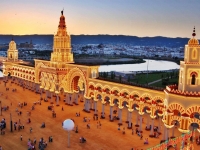 Next May 25 the front of the Arenal fairground will light up, beginning the Fair of Córdoba 2019 From May 25 to June 1 Córdoba…read more →