With summer just around the corner, Alicante prepares its Fair of San Juan Hogueras

The ‘Hogueras’ (bonfires) of San Juan, or ‘Fogueres de Sant Joan’ in Valencian, will be celebrated from June 20 to 24 in the Levantine city. They are the most important in the capital and have been declared of International Tourist Interest since 1983 and of Cultural Interest since 2014.

Its origin is in the longest day of the year when the farmers used to take advantage to harvest, and the shortest night to celebrate around fires and burn the evils and old stuff. From 1928 and thanks to José María Py, they are instituted as official holidays becoming a tourist attraction and following the example of Valencia and its Fallas.

The festivities begin with the ‘plantà’ on the night of the 20th, which is the placement in each neighborhood by its commission,of the monumental bonfires, the huge figures of cardboard and wood that burn in the night of ‘San Juan’. Before they are all evaluated to decide which one is raised as winner.

Between the days 21 and 22 there is the offering of flowers to the ‘Virgen del Remedio’, the patron virgin of the city and is located in the ‘Concatedral de San Nicolás’. About 10,000 people parade carrying bouquets of flowers to form a mosaic in the oldest offering in Spain. 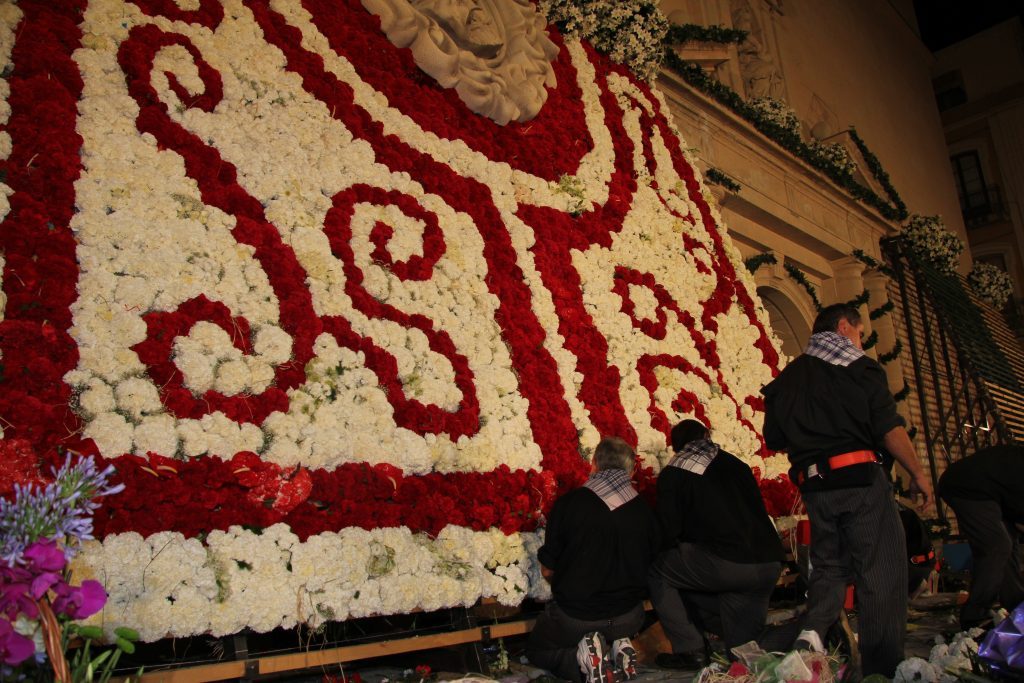 Flowers for the ‘Virgen del Remedio’.

The ‘mascletàs’ and the fireworks happen every day. Each neighborhood installs barracks and celebrates dancing every day. Another classic are the parades of giants and big heads. Everything ends with the ‘cremà’, the burning of all the bonfires. The city is a party day and night.

On the night of San Juan from the 23rd to the 24th of June, innumerable rituals take place, fire and water are the protagonists. Bonfires are lit on the beach and the more animated they jump, dance around and above, launch rockets and bathe in the sea.

On the night of the 24th all ends with the ‘cremà’, burning first the official bonfires and then all the others. Parts of the bullfight (III); the third of ‘banderillas’ The acknowledgments of the work of bullfighting surgeons will never be enough Every time blood is spilled in the arena, we place our faith in…read more →