Every time blood is spilled in the arena, we place our faith in the doctors at the head of the infirmary of the bullring and, fortunately, most of the times they work the miracle and there is only room for the eternal gratitude for another life saved. Bullfighting surgeons are also a cut above, their specialty is very complicated.

To begin with, they deal with all kinds of wounds and injuries, from a simple cut to a goring that cuts a femoral or an organ, through all kinds of dislocations and trauma. They have to be prepared for any situation in spaces that do not always have everything they need, without the possibility of testing or analytics. It is their own hands that feel the damage caused by a goring, so it is key to control the tension that is generated and act very quickly The turning point after Paquirri’s death

The goring suffered by the matador from Cádiz in 1984 may not have been mortal; unfortunately, the infirmary of Pozoblanco Bullring was not prepared for the seriousness of the situation. Paquirri’s death shocked everyone and it became aware of the importance of having the necessary means in any bullfighting show, whether it was a first or third category bullring. This motivated the renovation of the infirmary and the beginning of the mobile operating rooms.

Interestingly, his son and also matador Cayetano, is one of the few bullfighters who worry about this issue every afternoon he bullfights.

The ABC newspaper, one of the main ones in Spain, awards each year one of the most prestigious bullfighting prizes. In 2020 it will be received by bullfighting surgeons, represented by Dr. García Padrós and Val-Carreres. The prize comes after the very hard season 2019, in which lives like the one of the banderillero Mariano de la Viña and the bullfighters Román, Gonzalo Caballero or Manuel Escribano hung by a thread. In the words of the ABC jury:

“…with their scientific wisdom and exemplary surrender, they save the lives of so many bullfighters, as they have clearly demonstrated this season, in which such serious mishaps have occurred.” Dr. García Padrós in an image from El Mundo. Last year they received another important recognition, the Enrique Ponce bullfighting prize awarded by the Club Allard of Madrid. The receiver was the Spanish Society of Bullfighting Surgery (SECT), represented by Dr. Pascual González Masegosa, chief surgeon of the Bullring of Albacete, “for the great work that these surgeons do when attending wounded bullfighters with extraordinary professionalism and total dedication”, in the words of the jury.

The SECT groups these Guardian Angels of bullfighting guard and performs tremendous work and dissemination, organizing courses, lectures, seminars and even a post-graduate degree taught at the University of Valencia and specializes in assistance to gorings of bulls.

Just for their benefit, a great Bullfighting Festival, called Bullfighting Angels, has been organized on Saturday, February 29 in the Burgos town of Aranda de Duero. Tauroemoción company has set up a wonderful poster with the bullfighters Morante de la Puebla, José María Manzanares, Cayetano, Emilio de Justo, Pablo Aguado and the steer-bullfighter El Rafi, to fight bulls from García Jiménez.

A great opportunity to contribute to the training of bullfighting surgeons 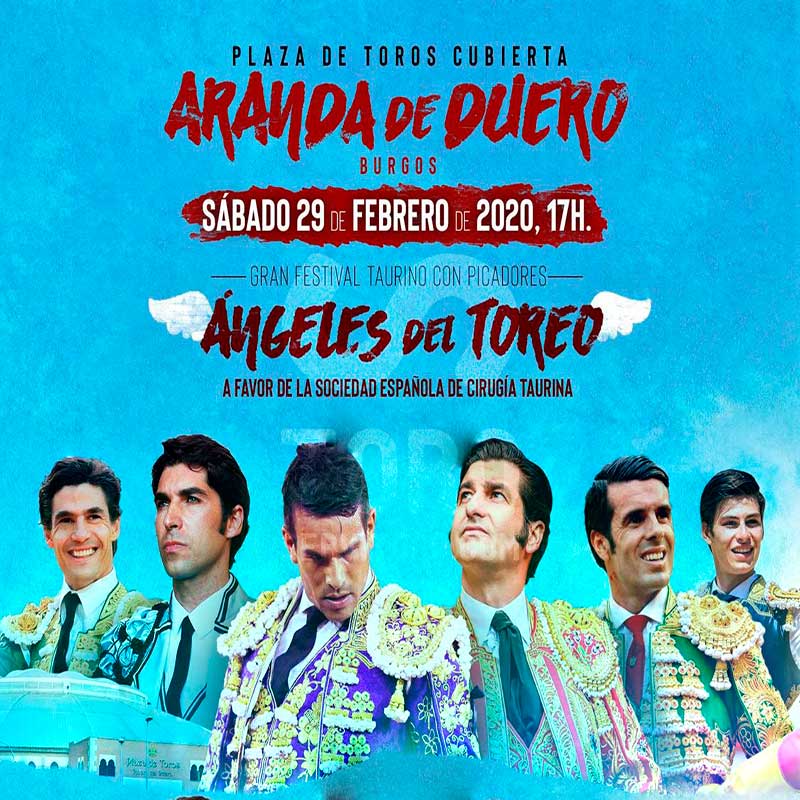 Servitoro, we bring you Bullfighting

The 2018 season has started hard and Servitoro is working at full capacity to take you to every bullfight For the eighth consecutive year, at…read more → We released a collection of bullfighting accessories!