The Spanish (and European) bullfighting season ends in the month of October and in parallel the great fairs of Latin America begin. Some take advantage of these months to rest, after the long year, but for others there is no rest and it is time to take to pack and go in search of fortune to the most important bullrings on the other side of the Atlantic. Today we are going to know more about the outstanding fairs: Mexico City, Lima and Cali.

Mexico is the most important country, talking about bullfighting, after Spain. There are many cities and towns where there are bullfighting festivities but without a doubt the most important is the DF and its Monumental Bullring. It is the largest in the world, with a capacity close to 45,000 locations and its particular construction ring, with 20 meters of the building below the ground, so it is known as ‘the funnel of Insurgentes’ (avenue in which it find).

The ‘Temporada Grande’ (Big Season) occupies every Sunday from the beginning of November until about mid-January, with a total of 12 bullfights this year. At the beginning of February it celebrates the anniversary of the Monumental with two other great bullfights. The presence of the bullfighter winners of the Spanish season is common. The fair of the ‘Señor de los Milagros’ in Lima

Located in the center of Lima (capital of Peru), the Acho Bullring hosts one of the most important bullfighting fairs in America. Dedicated to the patron of the country, the ‘Señor de los Milagros’ (Lord of Miracles), is celebrated between October, November and December. This year specifically covers Sundays from October 20 to December 1 and one of the great events is the return of Roca Rey after being forced to suspend his European season for a cervical injury.

The Fair of the Lord of Miracles has been held since the 40s and every year the best bullfighters from both sides of the Atlantic Ocean come to it. It began its journey after the reform of the Acho Bullring, which has a capacity for 14,000 people and is the oldest in America, in addition to being part of the National Cultural Heritage and Cultural Heritage of Humanity.

The coveted trophy of the Fair is the Gold Scapular, awarded to the winner and consisting of a relief cut in gold with the image of the Lord of Miracles. The best bull of the fair is also awarded with the Silver Scapular. Cañaveralejo, built in 1957, is the Cali Bullring, in Colombia. It celebrates the Bullfighting Fair of the ‘Señor de los Cristales’ (Lord of the Crystals) in December and, together with Manizales, are the most important currently in the country. Its characteristic champagne glass shape has a capacity for 17,000 spectators, who visit it every year to see the best bullfighters on the world stage. It is also declared a National Monument since 1995.

This year the Fair is composed of a steer-bullfight five bullfights that will be held from December 26 to 31.

“The most important figures of world bullfighting have paraded through the golden ring of the Sultana del Valle, but only a few elected have had the privilege of taking the title of Lord of the Crystals.”

The Lord of the Crystals is the title held by the winner of the Cali Fair. 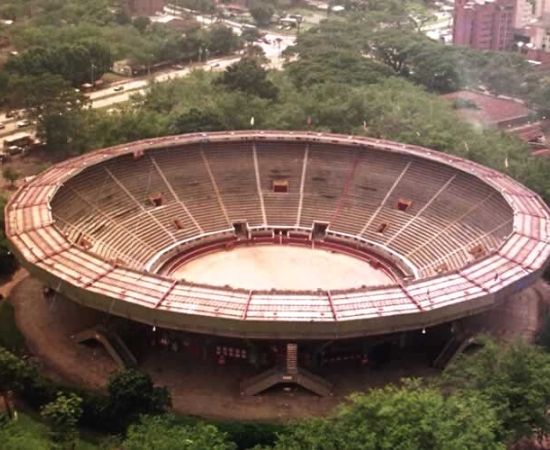 The bullfighting season continues across the Atlantic Ocean, in America (II) 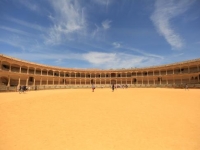 Beyond the arena: museums full of bullfighting treasures (III)

There are several bullrings which have museums full of jewels and memories to visit all year round, as well as libraries that review the history…read more →