The president is accompanied by two advisors: a veterinarian and a bullfighting technician who advise him in making decisions 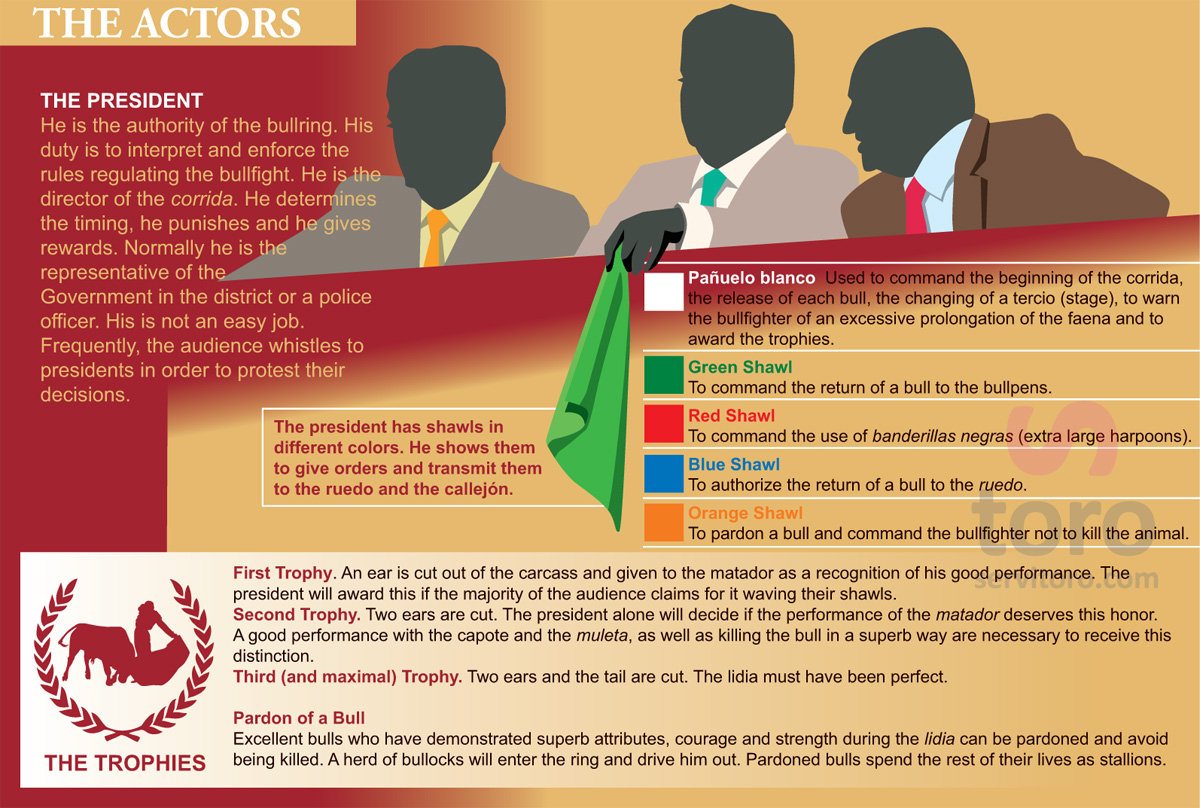 The Presidency of the bullring is the highest authority of the celebration and its president who directs the development of the bullfight.

A senior police officer, such as a commissioner, or a local government delegate usually holds the office. It must watch over and demand compliance with the Regulations to guarantee the normal course of the fight, and sanction if necessary.
In the box he is accompanied by two people whose job is to advise him on his decisions. It is a veterinarian, who will have greater knowledge of animals, and a bullfighting technician with proven knowledge. Their opinions are not binding since the President always has the last word, but they try to unify their criteria.

The President has five handkerchiefs of different colors with which he gives the orders and communicates with the ring and the alley to be served:

– White; is the one that we see the most times. It marks the beginning of the bullfight, the start of each bull, the changes of the third, the warnings and the trophies.

– Green; indicates the return of the bull to the corrals, due to a physical problem.

– Red; orders to put black ‘banderillas’ to the bull, when such is the meekness that does not go to the horse.

– Blue; to grant the return to the arena of the animal. The public asks for it in recognition of the good condition of a bull and the president grants it.

– Orange; it is the maximum recognition to a bull, granting him the pardon when by its bravery it gains the life in the ring and returns to the field. The public and bullfighter and breeder have to agree.

– The first trophy is an ear; it is granted by the public asking for it by a majority waving their handkerchiefs and the President has to obey sovereignty.

–  The second ear; it is the President who decides to give it, as long as the petition continues and the matador’s performance with cloak, ‘muleta’ (red cloak) and sword deserves it.

– The tail; granting the two ears and the tail supposes the excellence in all the task, also under the criterion of the President.

The role of the President is not easy, he often suffers the protests and criticism of the people, whatever he does… And it is that speaking of bullfights, one man’s meat is another man’s poison.

The distribution of the Bullrings: ‘tendidos’

Inside the bullring: 'tendido' The first doubt when we access into a bullring is usually the place we must occupy and, depending on whether it…read more → 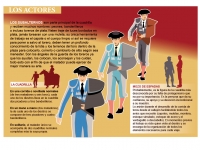 The crew: picadors (I)

Who are the members of the crew that go on horseback? In the 'paseíllo', behind the 'banderilleros', go the picadors of each bullfighter; riding in…read more →